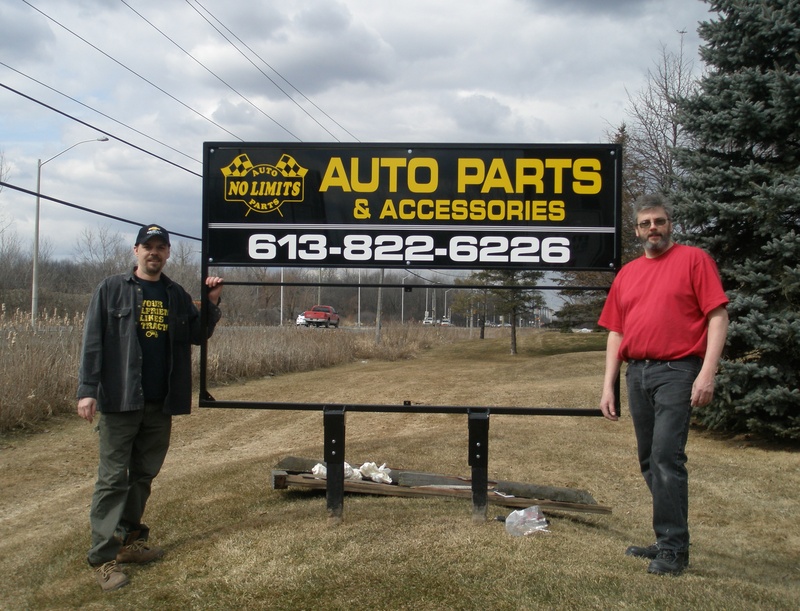 Mike with his Mother in his new shop 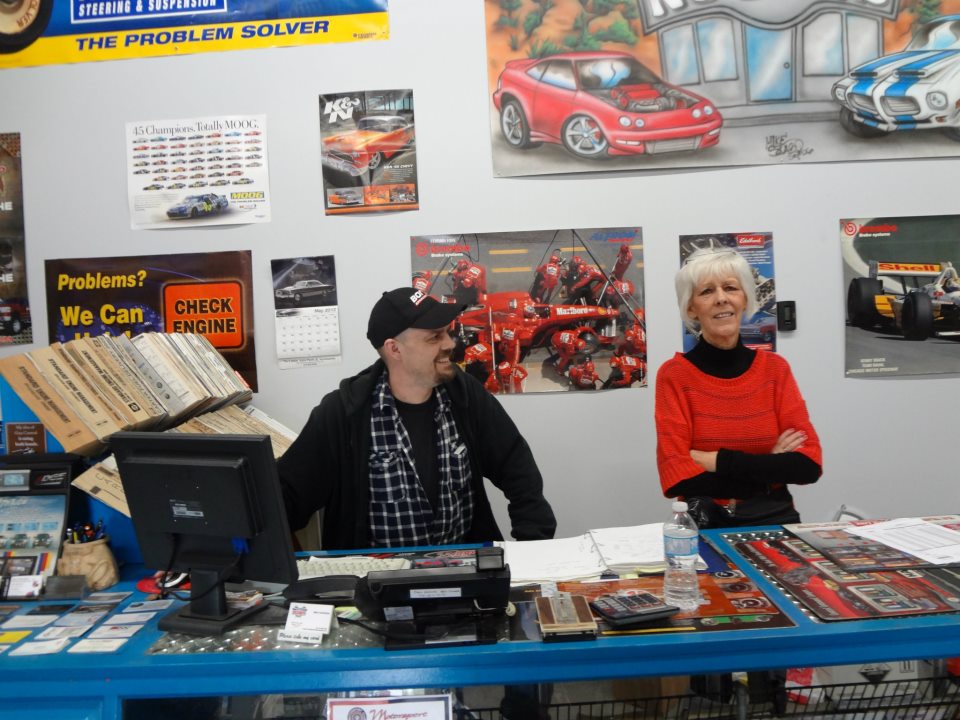 The Place where you get the best service and free information,at no extra cost! For more information check out the Website http://www.nolimitsautoparts.com/

You can order any part or have us look up a price for you by contacting us one of four ways.

Granted the product is in stock with the supplier; we can usually have your part ready for the same day! 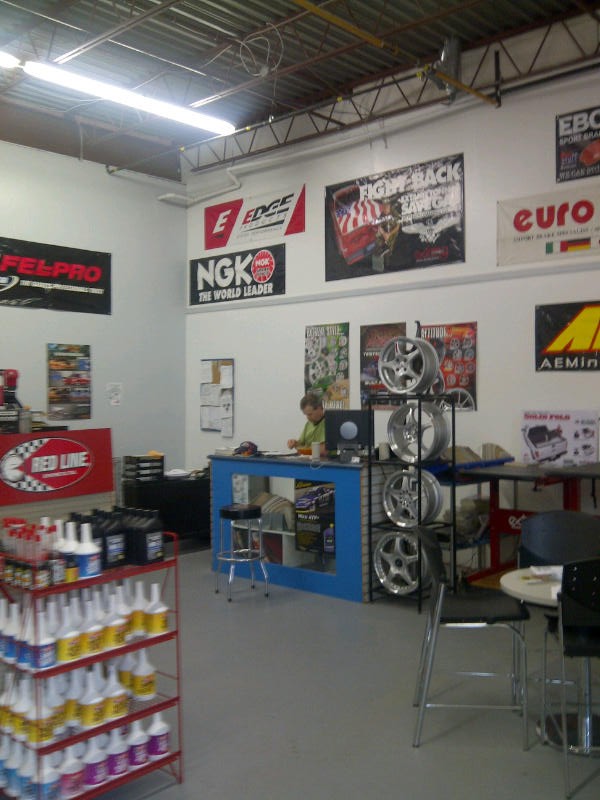 I picked up a set of tires from NoLimits Auto Parts today for a friend after she shopped the internet to death. Mike suggested some great tires at a ...

BBB has determined that No Limits Auto Parts & Accessories Inc. meets BBB accreditation standards, which include a commitment to make a good faith effort to resolve any consumer complaints. BBB Accredited Businesses pay a fee for accreditation review/monitoring and for support of BBB services to the public.

AWESOME Rotor Advice from No Limits Auto Parts in Ottawa!
Well i'm looking around to find a new set of rotors. Wanted aftermarket ones to get a better look. Rotors I currently have are warped abit... feel them rubbing more and more as I stop so its due time to change them. Messaged this guy at No Limits Auto Parts in Ottawa, ON. He sold me on just upgrading my caliper and better pads. (Still gotta replace the rotors but you know). Heres what he said:Ive been manufacturing and selling racing brakes for 15years, no performance benifit in any way, except for reduced unsprung mass of the rotor by drilling, or slotting to help cut glazing on track pads, in street use this changes

They weren’t exactly flooring it in Gatineau.

While the muscle car film Fast and Furious 6 topped the box office over the weekend, things were “pretty quiet around the theatres,” said Gatineau Police spokesman Pierre Lanthier.

In anticipation of its debut last Friday, police warned they’d be ramping up enforcement since the movie could “spark an adrenalin rush in certain people.”

Cops conducted radar in a few areas, however, “there was not too many (drivers) speeding,” he said.

On the other side of the river though, police have been seeing a spike in modified mufflers and warn they’ll be cracking down.

“If you see in the back of a small car, or any car, and it’s got a huge tailpipe opening, that’s a modified muffler,” he said.

In other instances, it’s all about the ears.

“I’ve had cases where I’ve got a car sitting beside me, idling at a light,” Gatien said.

“I’ve got my windows up in a cruiser and my police radio’s trying to tell me something, and I can’t hear because the muffler beside me is drowning me out.”

No Limits Auto Parts owner Mike Huizenga can practically list every muffler made.

His products are generally sold to racing clientele for off-road use.

Nonetheless, he said he tries to promote common sense.

“When we get guys doing exhaust systems, we give them every warning possible on legality issues,” said Huizenga.

“Some people listen, some people don’t, of course.”

The problem with Ontario’s Highway Traffic Act, he said, is “there’s no actual sound decibel rating,” meaning it comes down to officer’s discretion.

“So I’ve had customers with factory stock cars, you know, driving mom’s Camry, and they’ve been nailed for noise violations.”

Most clients change their mufflers for fuel efficiency, he said.

The biggest complaint in Ottawa “has always been the Harley guys,” said Huizenga.

“The wannabe-poser-biker guys; every lawyer and crap (driving) downtown with his loud Harley. It’s ridiculous. We love the sound of engines, believe us. But, you know, there’s a time and a place for everything.”

In many cases, drivers with flashy vehicles often change the back end of the muffler to a resonator.

Mike talking on Mufflers in the Sun newspaper